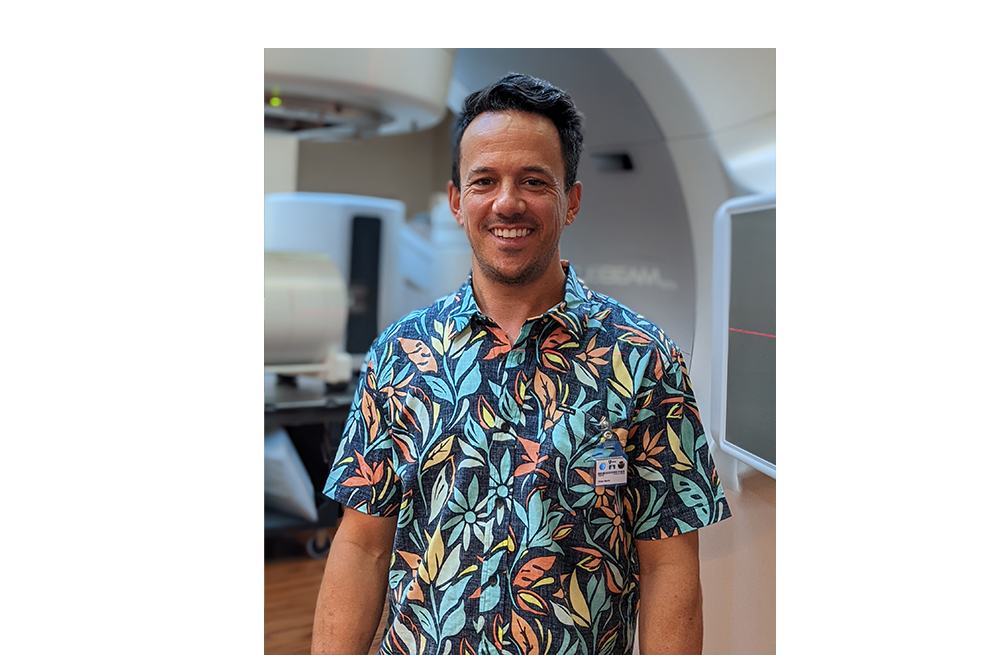 Martin Hinse is the Medical Physicist at Pacific Cancer Institute (PCI). He has over 19 years in the healthcare industry and joined the PCI team in 2022.

Martin attended the University of British Columbia in Vancouver, Canada, where he received a Bachelor of Science in Physics and Astronomy and he earned his Master of Science in Medical Physics at McGill University in Montreal Quebec, Canada.

Similar to a pharmacist, Martin’s role as the physicist is to assure a proper dosage of radiation. He is committed to quality and safety with a constant drive toward accurate and precise radiotherapy treatments.

What Martin enjoys most about his job is the great satisfaction he gets from realizing that the treatment plans created by the dosimetrists in the treatment planning system will be delivered by the therapist exactly as it was planned, all with millimeter accuracy.

Surfing and kitesurfing are two of Martin’s main interests outside of work. In his spare time, he enjoys the wind and waves of Maui; a place he feels is unlike anywhere else on the planet.